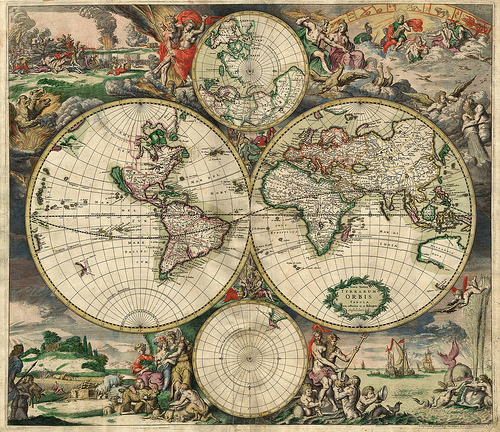 While contemplating the rise in obesity amongst young people, Richard Vahrman wondered if people could be encouraged to exercise by creating computer games that could be played outdoors. With the availability of cheap GPS units inside and associated with mobile phones, Richard formed a company, LocoMatrix, and working with other local companies created games that could be played on a variety of mobile phones.

With the advent of the iPhone, the stakes changed and people have really started to embrace location-based applications. Around 18 months ago, and in association with Brighton University, LocoMatrix was awarded a grant to create an educational game for schools. Invisible Buildings is the result, an archaeological game whereby primary children get the opportunity to take part in a virtual "dig" and excavate a Roman Villa.

Today's talk will show how and why we did this, look at some of the problems we faced on the way, and what we are doing now.

Apart from LocoMatrix, Richard is a tai chi teacher, and plays accordion in local band Area Code 273. He'll be speaking with colleague and developer, Richard Smith.

UPDATE: Notes and resources from the talk:

Richard Vahrman will be speaking next Wednesday on their other project - Silvermail (social networking for the elderly!) - as part of Petcha Kucha night.